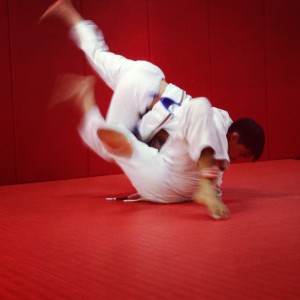 The Top Game Academy is an official training center of Gracie Jiu-jitsu Black Belt Gustavo Machado. Gustavo hails out of the world famous Gracie Barra Academy of Brazil. We are affiliated with some of the best in the business of Brazilian Jiu-jitsu.

Our instructors and students strive to provide an open, friendly, and challenging training environment. Our goal is to see everyone reach his or her maximum potential as quickly and safely as possible. We believe that this type of training environment is what makes the Top Game Academy the best place to train in the Richmond, Virginia area.

Whatever your reason for training in Brazilian Jiu-jitsu, whether it be for self- defense, competition, or fitness, the Top Game Academy offers training to suit a variety of needs. We are dedicated to providing you with the best training experience possible, while teaching you the most effective fighting techniques available today.

Brazilian Jiu-jitsu was developed by the Gracie family of Brazil. The Gracie family took a form of Japanese Jiu-jitsu taught to them by a Japanese champion and diplomat in the early 1900’s, and transformed it into one of the world’s most effective fighting arts. Through decades of training, refinement, and reality based challenge matches, the Gracie family developed an art that relies more on technique, leverage and superior body positioning rather than on size and strength.

In the early 1990’s, they sought to spread the art that they had developed in Brazil. The Gracies took the first step when they showcased their style of fighting in the Ultimate Fighting Championships in the United States. Brazilian Jiu-jitsu fighter Royce Gracie, was pitted against fighters representing various other styles of martial arts in a no holds barred, no weight category, tournament. Just as the Gracies had been doing for decades in Brazil, they proved once again that their style of fighting was superior to other styles, especially when fighting entered into the clinch and ground fighting range. Gracie proved in the first Ultimate Fighting Challenge that size and strength doesn’t matter in a fight, especially if your opponent doesn’t know Brazilian Jiu-jitsu. The rest is history!

Today, everyone realizes the effectiveness of Gracie Brazilian Jiu-jitsu. It is a highly sought after style of fighting and its popularity continues to grow world-wide.

Statistics show that over 95% of altercations end up in a clinch or on the ground. The strategy of Brazilian Jiu-jitsu is to safely close the distance and take the fight to the ground. On the ground, it is possible to use technique, leverage and superior body positioning to overcome differences in size and strength.